Here we are then, part 3 and the conclusion of my trip around Europe in my Cavalier SRi.

Picking up in Italy, I left Milan and Monza behind me having not broken any laws by breaking onto the track in the car..... just! Itallian organisation is something to behold. Or, sit in your old car in 35c heat in a traffic jam because they see fit to have 2 toll booths out of twenty open, all so they can rip you off for the privilege of driving on their dodgy Autostrada. Have I mentioned Italian motorway exit junctions? Clusterfuck. Thats the best way to desribe them. Whoever designed them was on drugs, or from Mars. There is no logic. Ive never taken so many wrong turns in my life. I want to forget them forever.

So Venice was nice though. Loads of art and colour which I didnt expect, and also loads of Ice Creame shops. It didnt smell in the heat of summer like many told me it would either. Watertaxis are the best way round as Gondela's are a rip off, and Cavs dont float. The hotel involved another underground multistory, which brought on flashbacks to Cannes and the oil slick I caused there. The heat by this point was getting pretty mental too, one day we went for a drive out to the coast to find a beach, and it nearly hit 40c. Parts of the Cav were not enjoying this heat, the door bumpstrips went curly on the ends and I couldnt touch the steering wheel! A traffic jam near Jesolo caused a new problem - the car just stopped idling, and no matter what I did, I couldnt get it sorted at all. Back at the hotel that evening I did whatever I could, I had a spare Idle Control Valve and tried that, didnt work. I couldnt trace an air leak. I changed the ECU (yep, I had a spare!) I changed the wiring plugs. Nothing worked. Over the rest of the trip I managed this problem, getting good at hanging back approaching roundabouts and using the handbrake. I avoided bump starting it to often when it did cut out, but it was a pain in the arse. 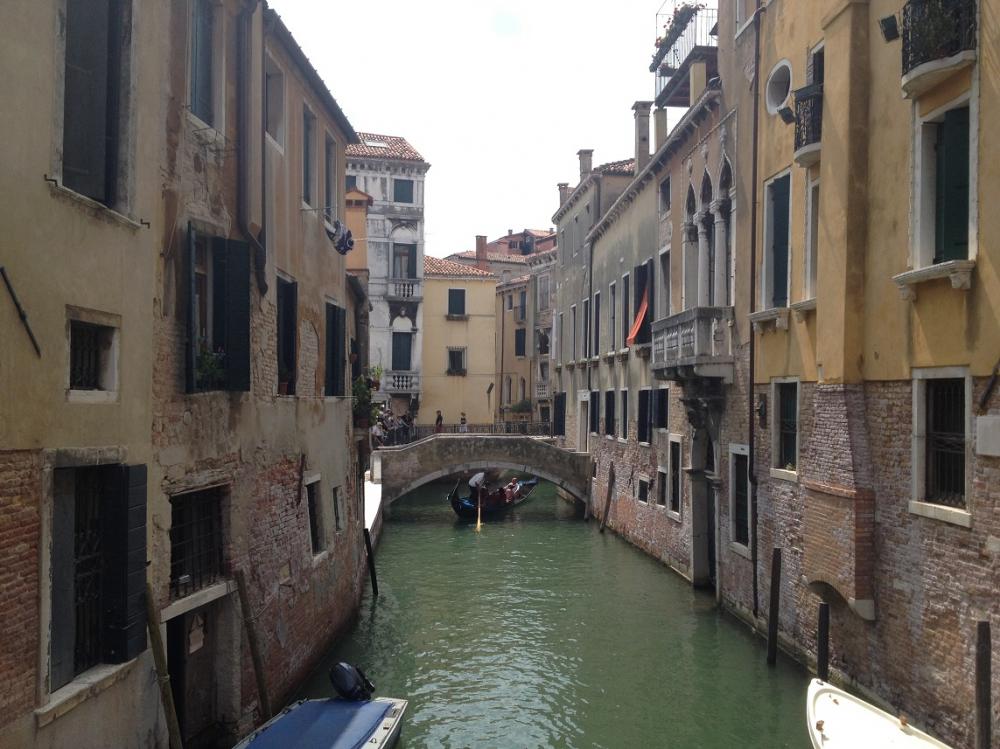 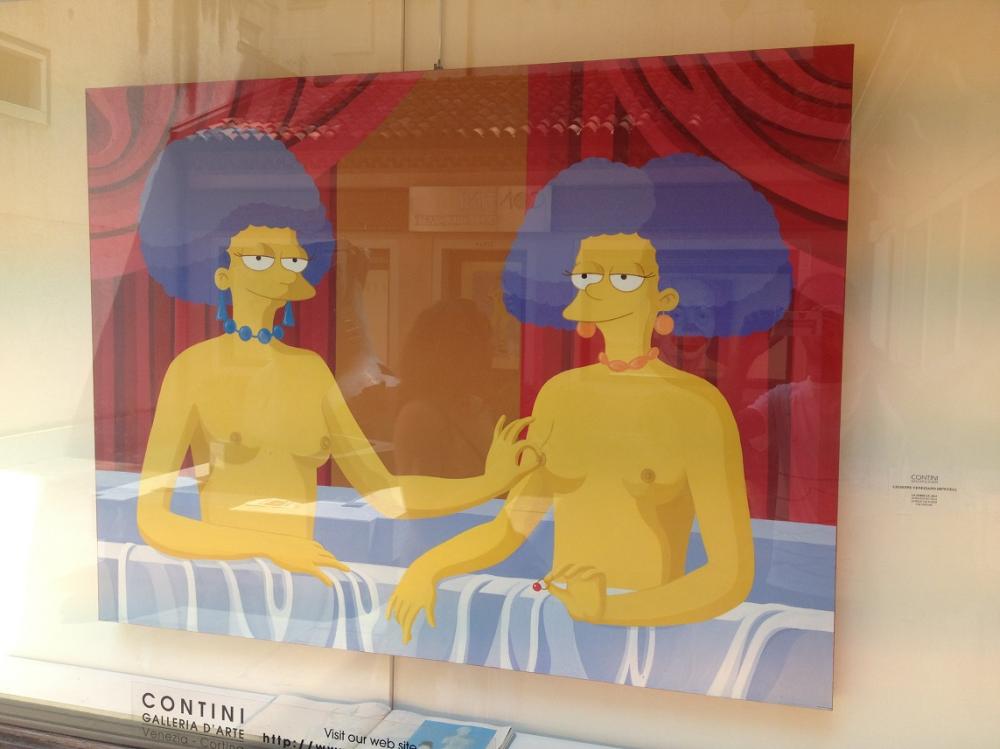 In venice, I was at my furthest point from home, 1,096 miles and 19 hours driving by road according to my Sat Nav. Slowly things were starting to get worse with the car but I was still going - in this heat I was managing the fan myself with the wires in the footwell (from Week 1 in Amsterdam) I was sat on a load of towels as the seat had fallen apart (in Nice) and lets not even re-cap Cannes. I was still having fun though - it was so different being so far from home and having the familiarity of my own car, the freedom you have is immense. If I'd wanted more driving I'd have gone over to Hungary for the F1 race in late July, but I can save that for another day. 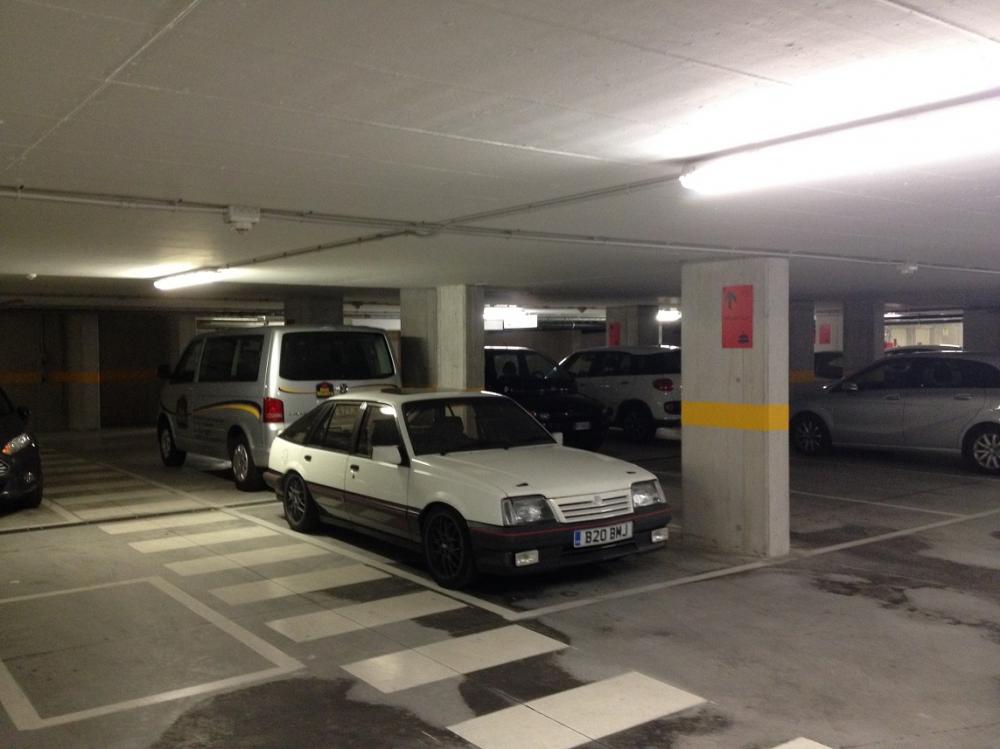 Have I done a beach shot yet? Its 40deg in Jesolo. 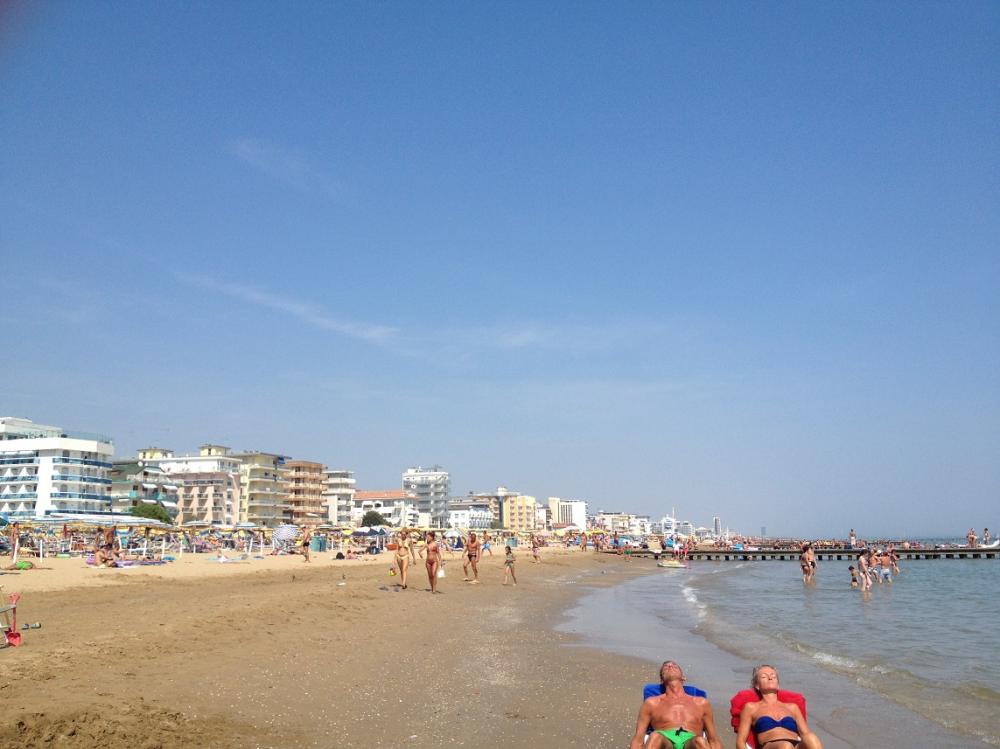 After a few days in Venice, I stopped heading away from home and started to head back. Venice to Munich didnt look much on the map, about 400 miles. Theres just the small issue of the Alps to negotiate which racks it up into a 9 hour journey that included dealing with understaffed Italian Autostrada toll booths. Again. I arrived in Munich in the dark, a return to form from earlier in my trip!

So far on this trip, France had delivered what I expected and I'd loved it, Italy had disappointed and Germany was being a surprise package - I loved the place! Munich was just immense, the vibe in the City is incredible - there are properly good street music acts, the architecture has been restored post war. Its clean and efficent, the people are freindly and it trades on being Barvarian, and its football team. Pep Guardiola and Robert Lewondovski pictures were everywhere. The bars are massive, the only thing was that I was there in August, not October for that well konwn Bier festival! Bier had replaced Cider as my choice of drink while I'd been away - Cider in Europe just isnt popular - and I indulged in a little to much that night. This was maninly because we ended up in one of the cities famous gardens which had been converted into a beach - as if the ones they have built along the river that runs through the city are not enough (the river is crystal clear and people swim in it, you wont see that in the Avon here in Bristol!) There was a free band on, cocktails flowed one by one to the point that when I went back to the hotel it had moved and it took me ages to find where they had put it! Tricksters!

A service station in the Austrian alps where I stopped to by a vignette (Austrian road tax) Not sure how the car is still looking so clean after about 3000 miles without one! 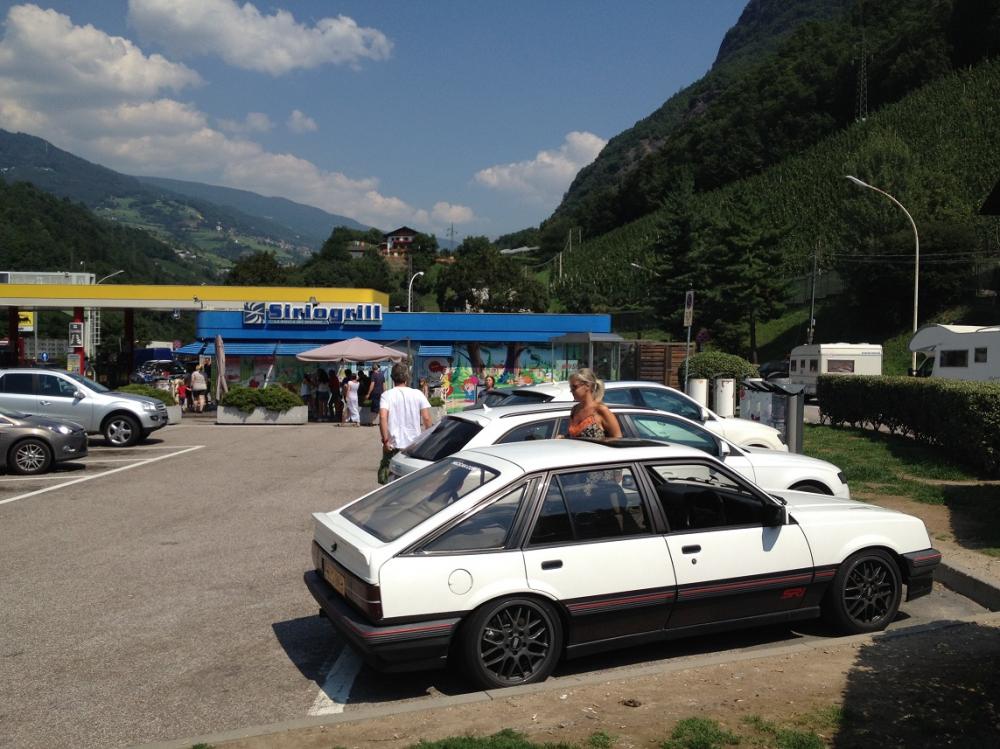 Motorway through the Alps. Some of the road infrastructure you see around here is immense, bridges, cuttings and tunnels. 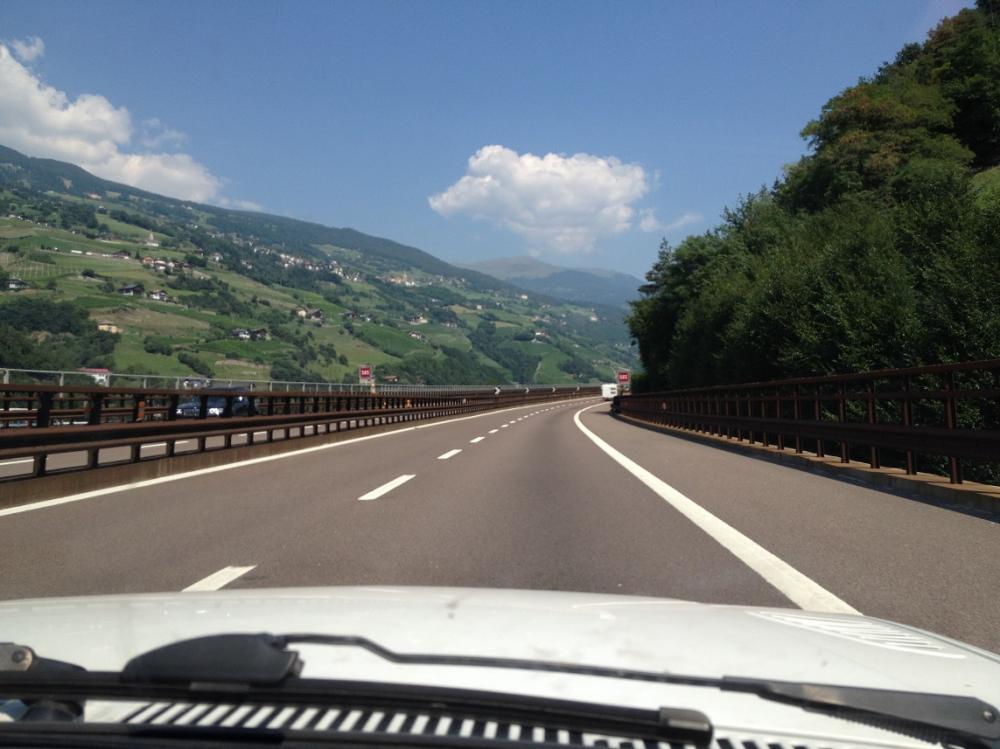 The Gardens in Munich, Mojito on the go 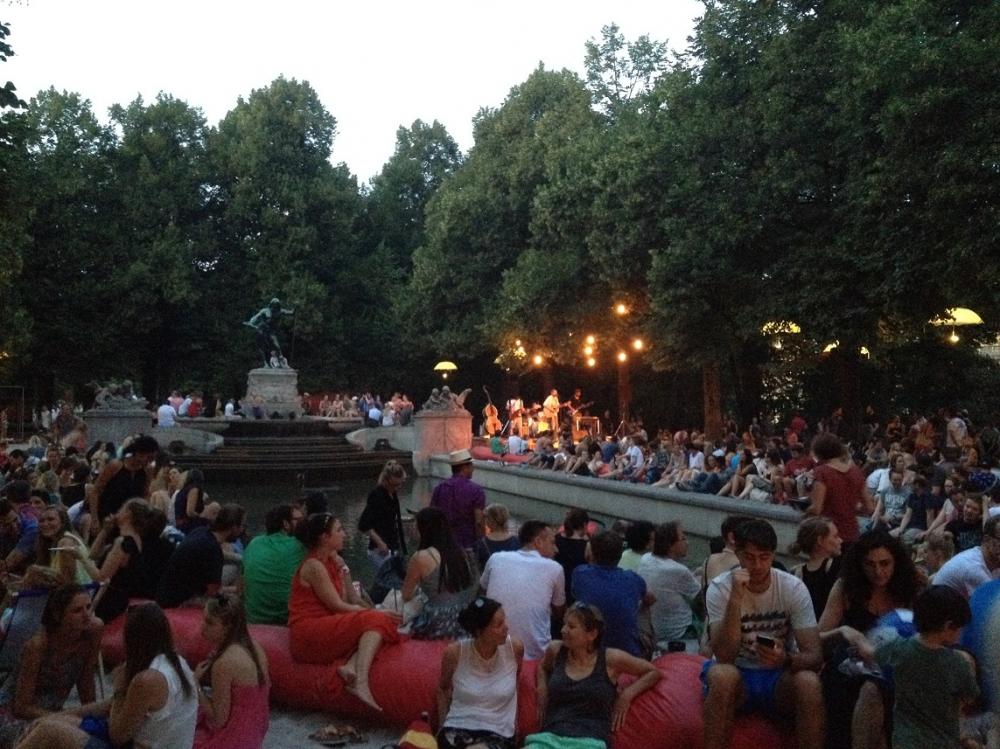 I made no apologies for wanting to go back, and cut a deal to make it so with my travel mate who didnt share my interest in all things old car or old race track. Also, it fell pretty handily between Amsterdam and Munich. Our original plan had been to do Munich to Amsterdam in a day - but after the day before coming up from Venice, neither of us fancied another full day in the car. A slap up dinner at the Piston Klaus was the price! I could live with that and a slap up steak followed two more laps the evening. I even found Cider in the local supermarket!

Nurburgring was the star of my trip - if I could up and live anywhere in the world it would be near this place. The track is fantastic, as are the local roads and scenery, Koblenz and Trier are nearby and are amazing cities. When we left, we did a bit of the Rhine Valley which is spectacular.

Minor traffic on the Autobahn near Frankfurt. Weather is still incredible! 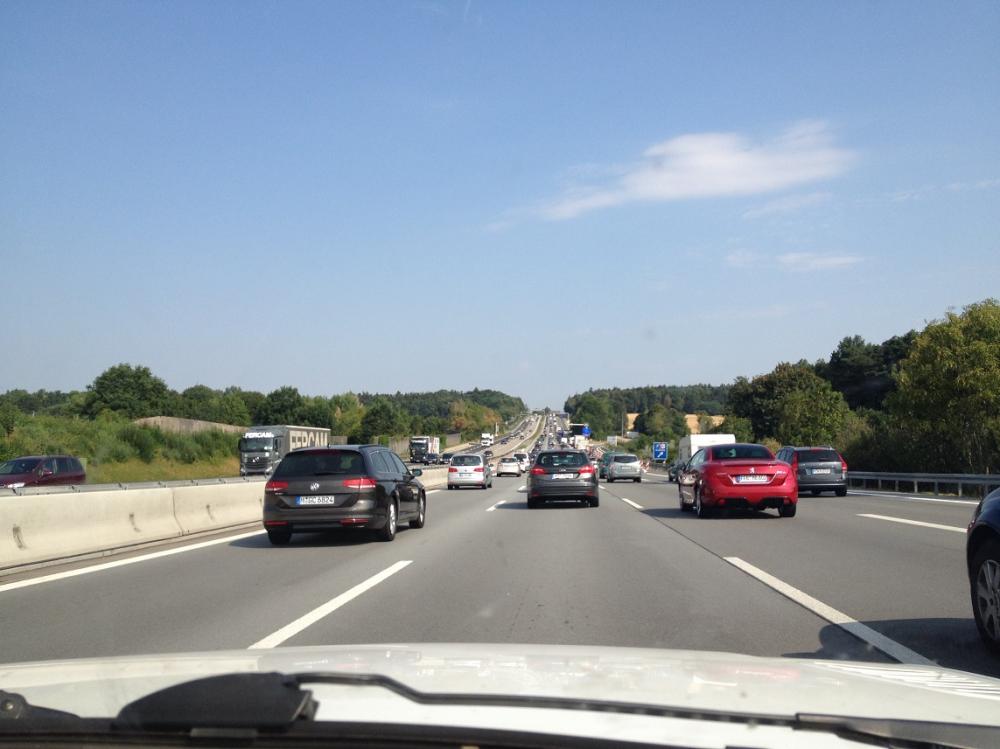 Wurzburg. Its just a place to you, To me its Worstburg. The worst of all the Burgs. Why? Well I drove through here in 2008  on the way back from a road trip round Eastern Europe and it was all roadworks and it took hours back then. 7 years later have the finished the roadworks and the resultant queues? Nope! I couldnt believe it! 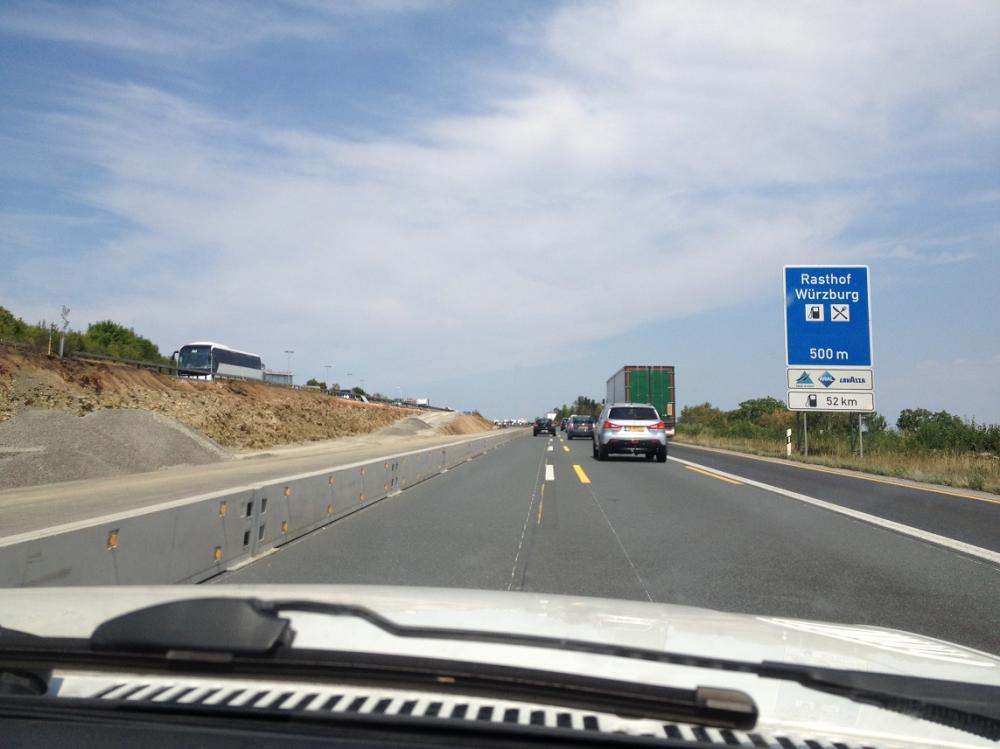 Nurburgring passed without much drama this time. Bar the moment I thought a kid in a Twingo had had his head ripped off. No, just turns out his helmet wasnt strapped on, so when the he lost it a few cars in front of me and planted nose first into the barriers, of it popped. About 10 corners later I saw a biker sliding long on his backside.... perhaps it was time to go. 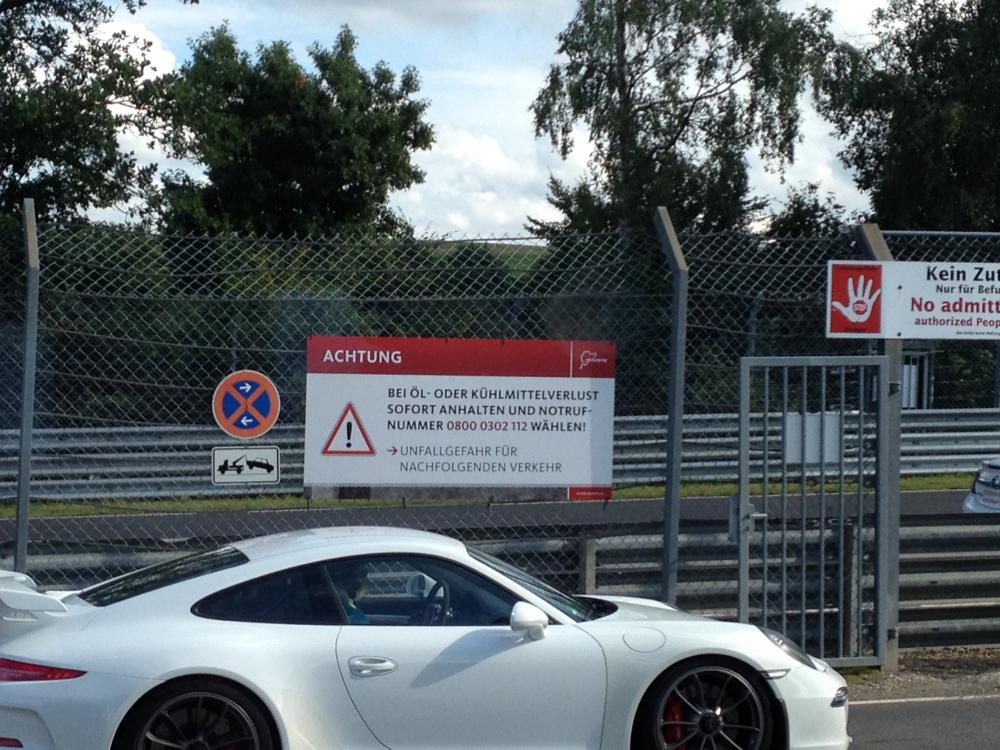 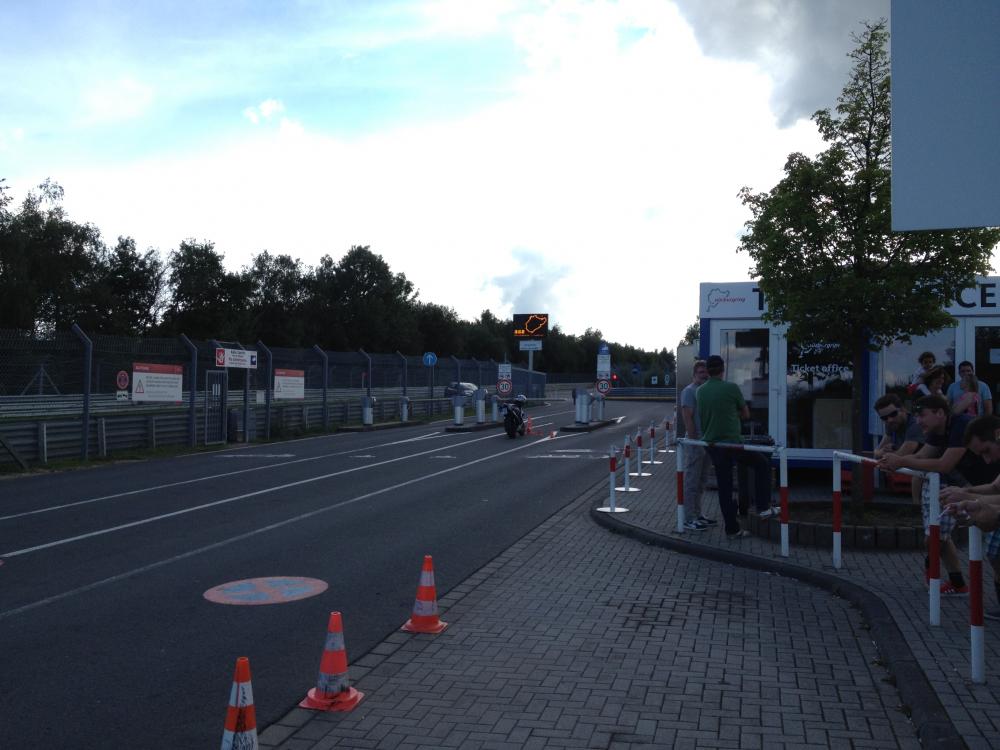 Got my own garage this time. Apparently tools and spares in the your hotel room shower is frowned upon on the continent?!! 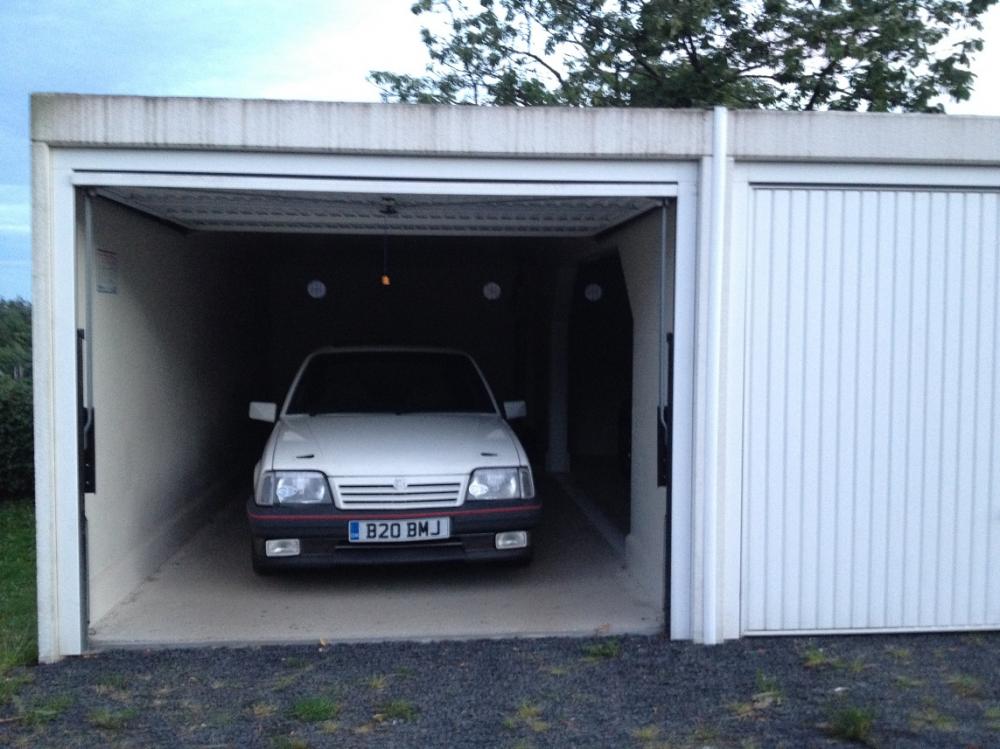 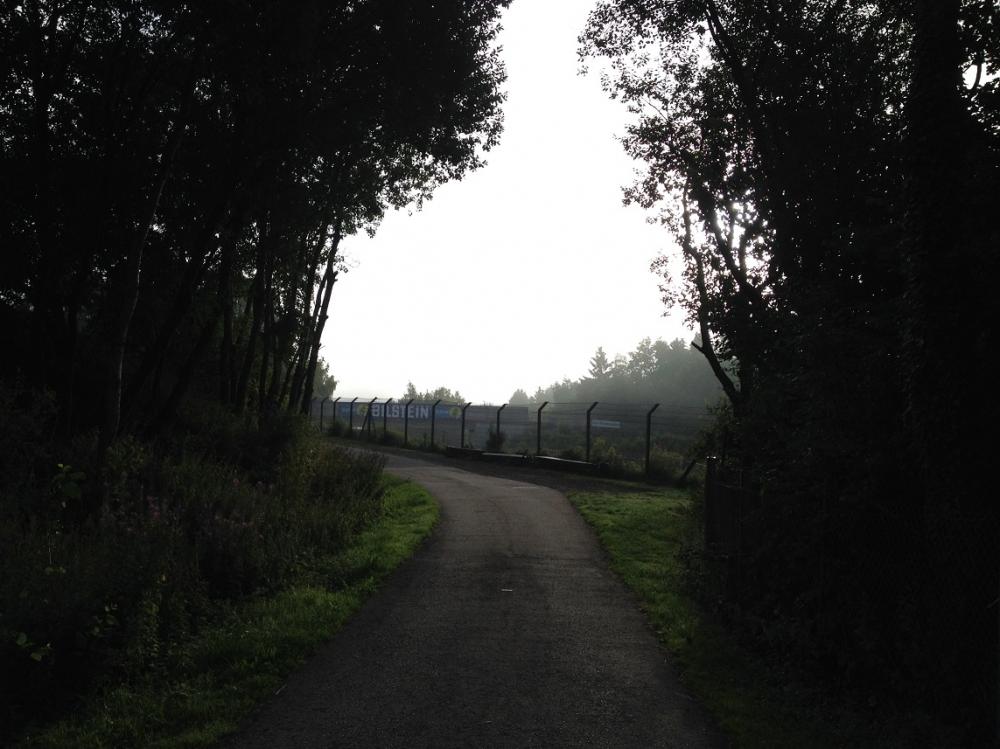 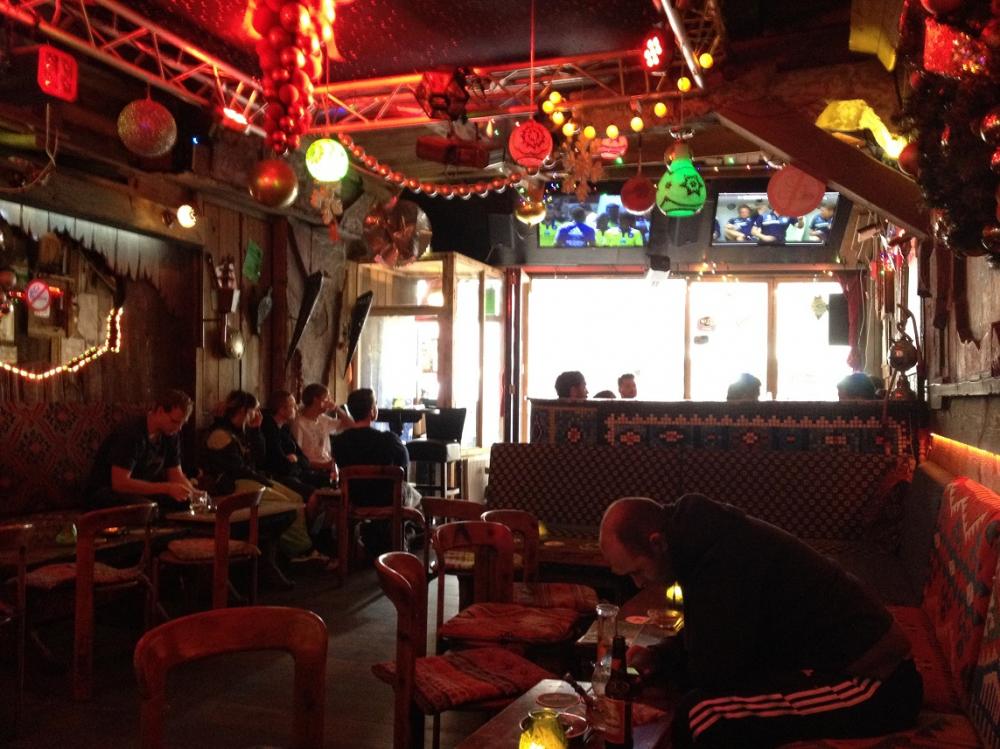 Onto the final leg, and to see one of my best mates at his office in Belgium near Ghent. This turned into an exceptionally heavy night in a small belgian town called Wargem, and possibly the worst hangover Ive ever had. I was being sick in the shower at 6am..... and by that evening I would be back in my room at my parents house and this would all be over. 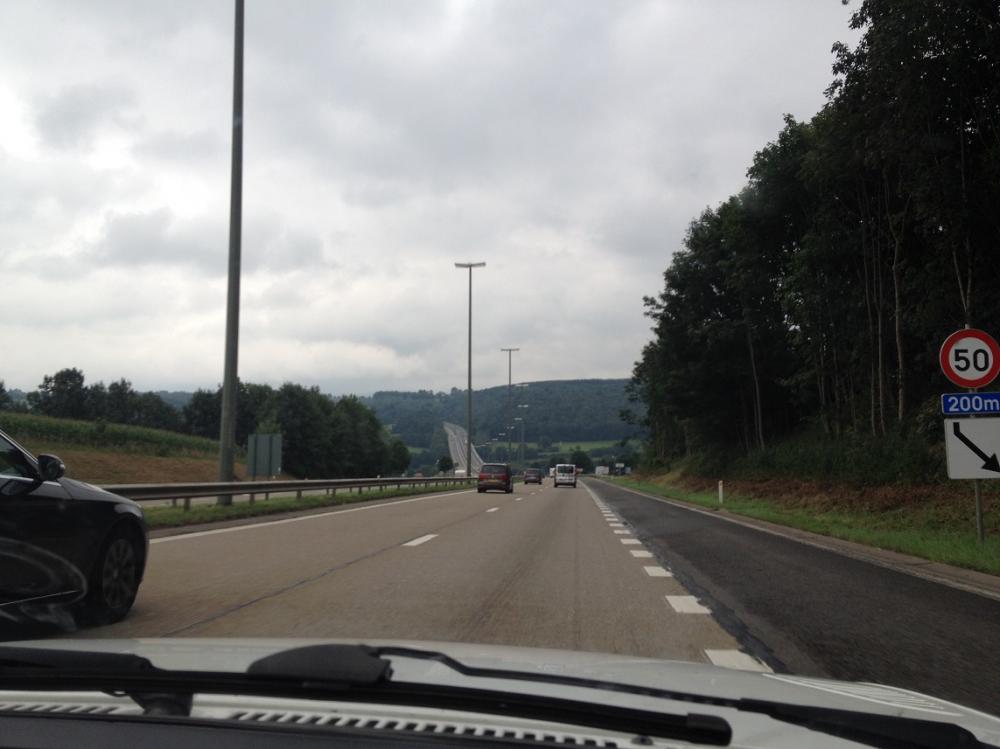 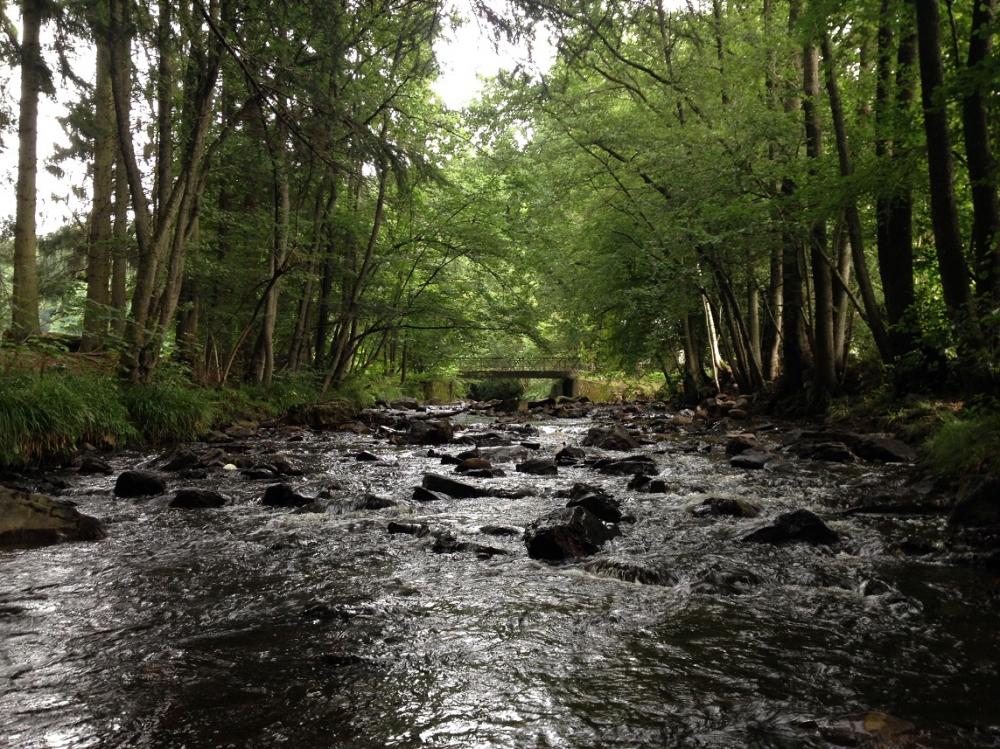 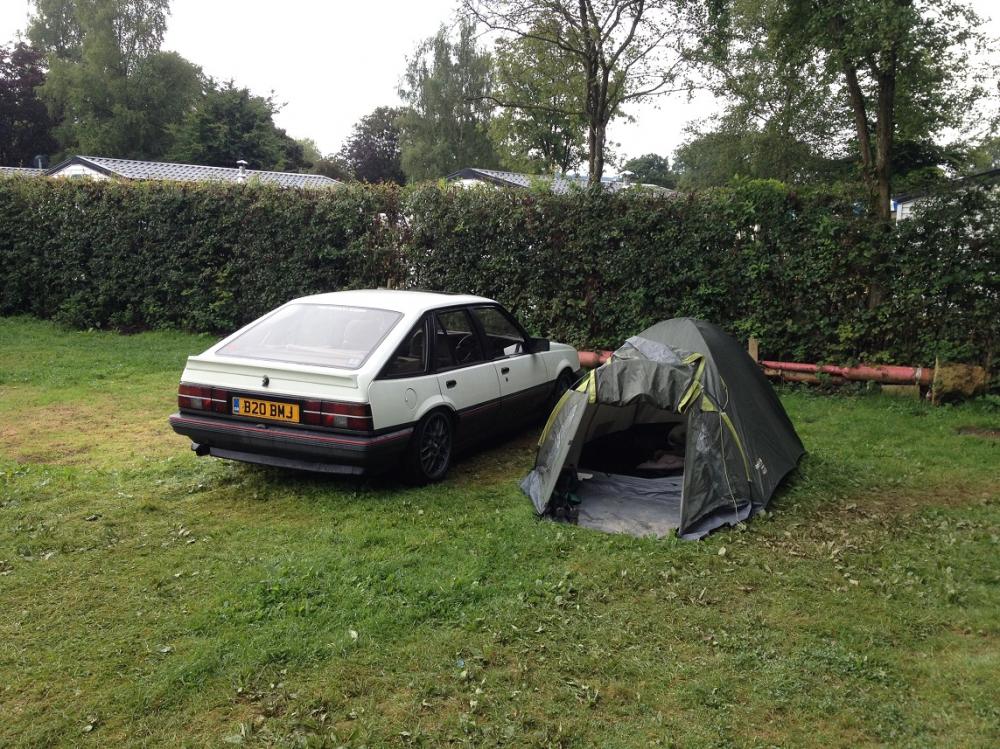 Filming in Ghent. I made an 'In fucking Ghent' joke. People got it, but didnt laugh. I thought it was good. Thats what mattered. 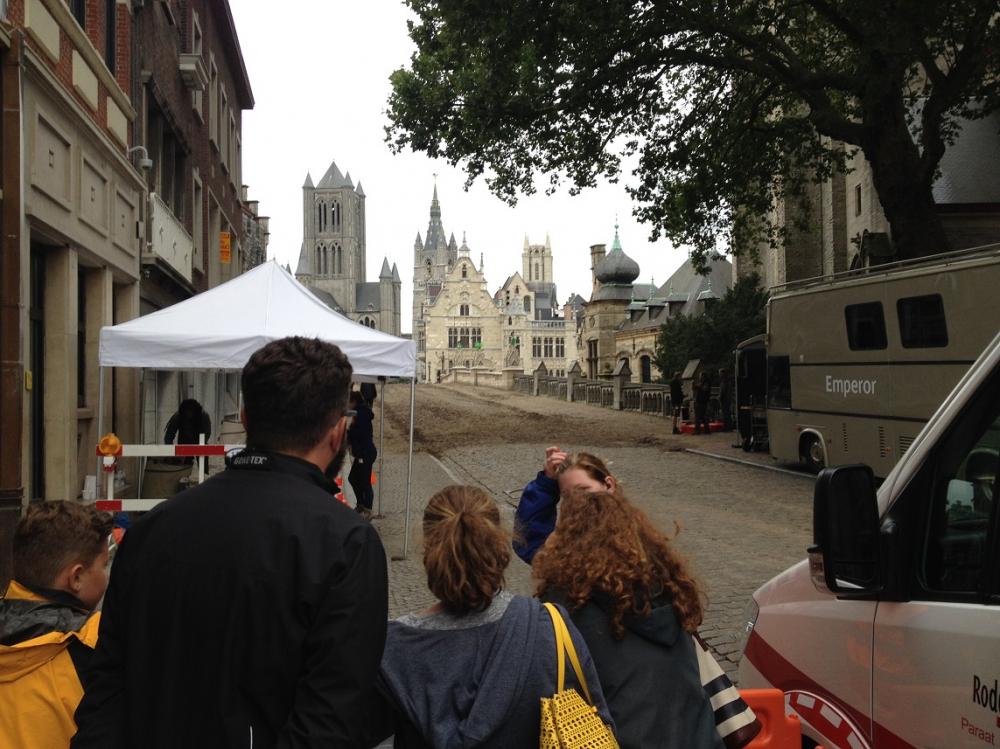 Le Tunnel. Horrible hangover. Im probably about to be sick when taking this photo to be honest. 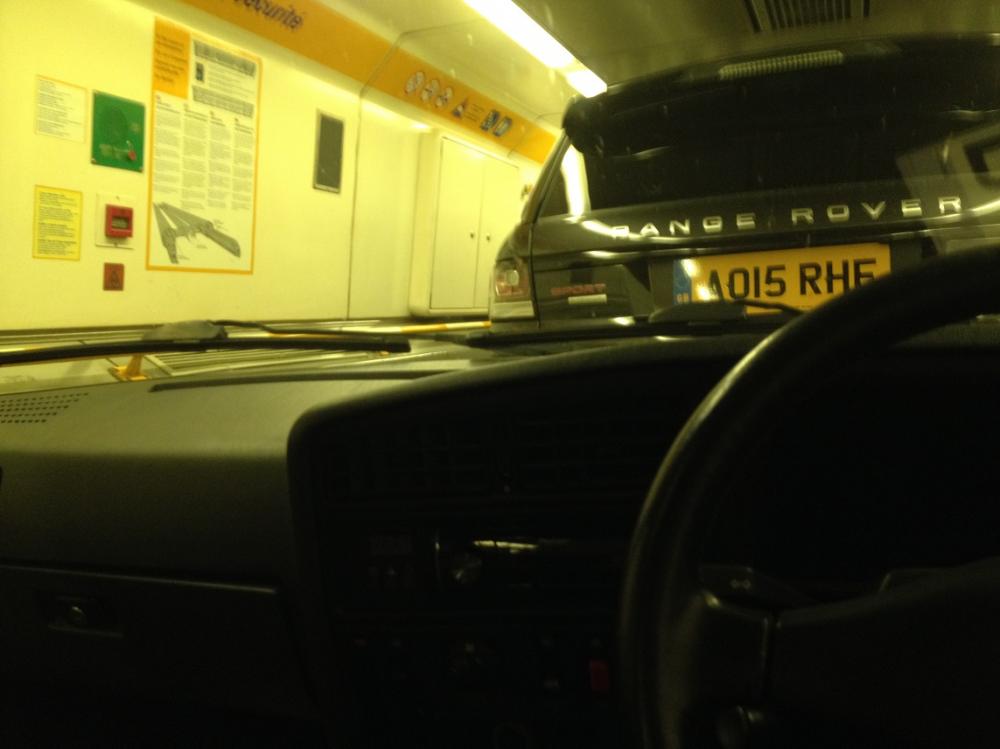 And then home. Done. Major ambition ticked off. We all spend ages building these cars, talking about dreams and I'm incredibly fortunate that life allowed me these opportunities.  Travelling solo is an enormous challenge at the best of times, but doing it in an old car is on another level. In a year of travelling four continents this trip has both my best and worst memories, the most rewarding moments and the moments that were toughest. Ive found places I will go to time and time again. And Europe, on our doorstep is amazing, well run and beautiful.

And a final word for my trusty old Cavalier. Ive spent a fortune in time and money on this car in over 10 years of ownership. This trip was always my dream. And Ive done it. The Cav took the beating of a life time with miles, heat, traffic and abuse being thrown at it and it was still turning laps of nurburgring happily enough right near the end. I could not have asked for more from it. And now I know it can do it, and what to expect while Im there.... this wont be the last Euro Trip I make in this car!

An idea of the distance covered. Hope you enjoyed reading. 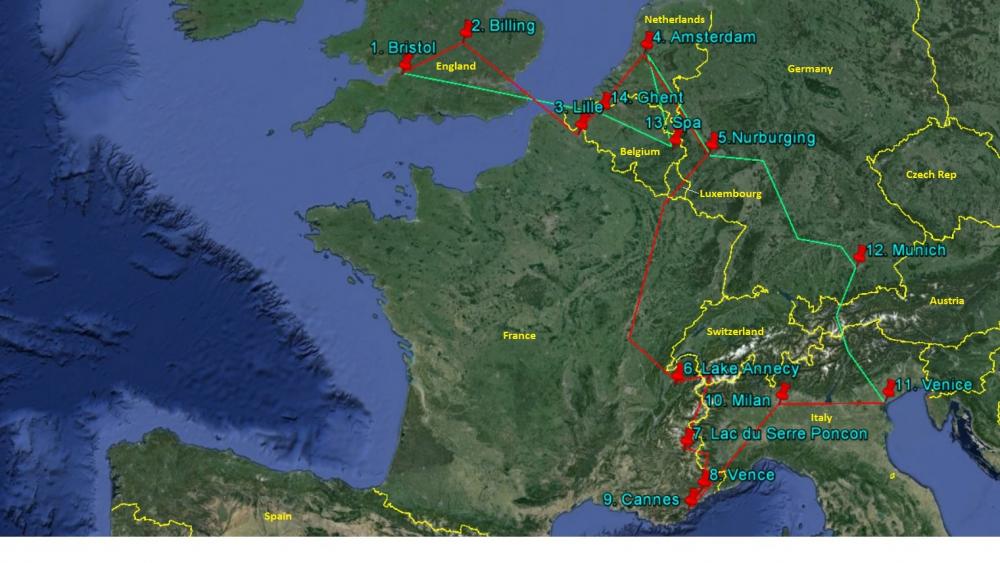